There are 500,000 refugees in Tohoku. Regular electrical black outs are status quo & food, water and other supplies will soon require rations. The greatest challenge comes from the radiation spilling out of the Fukushima Plants. Watch CNN and it’s hard to conceptualize an upside to the crisis. The present situation in Japan is dire but history encourages the World to “Bet On Japan”.


Look over photos of Tokyo after the 1923 Great Kanto Earthquake or end of World War II in 1945. They are similar as destruction was total. Very few buildings were left standing and body counts were horrific. It’s an understatement to say that Tokyo was simply rebuilt. It remains one of the most vibrant and prosperous Cities in the World. Hiroshima and Nagasaki are fine places to visit, work and live. Both reconstructed after suffering the only Nuclear Attacks on human populations in history. The 1995 Kansai Earthquake leveled large parts of Kobe & is all but forgotten as Natives of Hyogo Prefecture rebuilt and repaired the scars on the beautiful City.


Historical precedents are worthy of note but more important is the strength and internal fortitude inherent to most Japanese Individuals. Many of the Japanese Men and Women who influenced me during my “honeymoon” with the Land of the Rising Son were War Veterans or grew up during the difficult years following the “dark period”. The memories of youth for this generation were extreme hardship and hunger. People who grow up hungry don’t complain about their hard work and long hours. One Senior Executive at a leading Sporting Goods Company was a Kamikaze Pilot awaiting assignment when the War Ended. Like many of the Japanese Veterans who returned home; he made the best of his second chance. These People created the juggernaut of an economy ranking second only to the United States.


The intrepid and hard working character trait admittedly diminished since my arrival in Japan in 1982. The ramp up to and bubble economy of the late 80s and early 90s inspired arrogance and expectations that arguably resulted in the Economic Doldrums experienced over the last decade. University Graduates during the bubble period had their choice of employment; house wives sported Imported Name Brand Hand Bags and Clothing. Companies moved from a six day work week to the Western Model granting employees weekends off. Traveling to Hawaii, LA, Vancouver or Europe on vacation became common place. English lessons, golf, tennis, skiing and other recreation became vogue and available to the common family. It was a generation born on third base and they all thought they’d hit a triple.


Why be optimistic? Japan just received the ultimate wake up call. People will literally be fighting for their lives and future of their children. It’s a battle they will win. I’ve seen the courage to come back on the sports field, in the Karate Dojo, at the Office and demonstrated by my own wife a product of Tokyo.


Our Karate Practices finished with every member holding strong in extended push up position for ten minutes. No one ever dropped. When the bell rang everyone attempted 10 pushups. Impossible, but once a tiny Japanese Woman aged about 40 completed a set of 15. Perhaps the future of Japan remains in the strength of its female population. It still astonishes me to witness my own wife prepare all night for difficult interpretation, work a grueling day and repeat the process for the next two nights. Ultimately tough.


In 1998 the UBC Thunderbird Football Team from Vancouver visited Kyoto and played the Ritsumeikan Panthers. The “Birds” scored two quick touch downs and I watched in disbelief as the Head Coach sent in his third string players. The Japanese Players scored a touchdown just before the half and with renewed confidence came back in the third quarter & played the game of their lives. They beat the faster & bigger Canadians. Japanese teams never give up. The UBC Coaching Staff remembers this lesson.


In recent years the people of Japan have grown dissatisfied with their Government. The catastrophe has forced Prime Minister Naoto Kan and his Democratic Party of Japan to perform on the World Stage. It’s literally trial by fire for Japanese Leadership. The actions and results will determine politically positioning for years to come. In the land of the World Professional Baseball Champions it is time for Prime Minister Kan to step up to the plate. Whatever the results of the next few weeks. Change will be the result.


The Japanese have Heart and thrive on adversity. Never count them out. We will witness another come back. I’m betting on it. 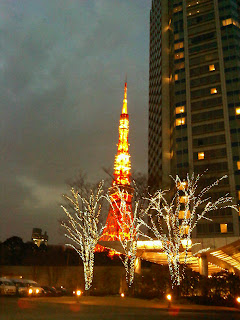 Posted by gcrunning at 4:45 PM