About 25 years ago I met Mr. Wally Yonamine while working out at the Clark Hatch Fitness Center located at the Azabu Towers. We rode stationary bikes and exchanged casual conversation about our mutual love for sports and various business projects. We elected to continue the dialog at the American Club next door over lunch. His story was fascinating and his delivery modest. He talked of playing football and baseball in Hawaii where he developed athletic talent worthy of a contract with the San Francisco 49ers. He remembered being emotionally crushed by the summer ankle injury that ended his second professional football season & career (as the first Asian in the NFL.)


I remember Mr. Yonamine describing how that one door’s closing opened exciting chances in baseball eventually leading to a job in the Professional Central League in Japan. He talked of the challenges and rewards that came with his decision to be the first American to play in the Japanese Professional League. He was the “Jackie Robinson” of Japanese Baseball and became part of Sport’s History along with team mates Sadahara Oh and Shigeo Nagashima. His career as a Yomiuri Giant & Chunichi Dragon, 1957 League MVP, and Manager of the Chunichi Giants is well documented in a Biography written by Robert K Fitts. (http://wallyyonamine.com/). 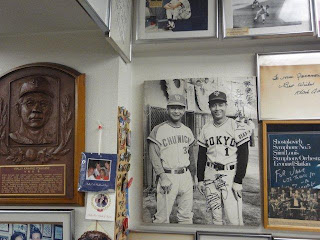 Mr. Yonamine passed away on February 28th in his native Hawaii and Obituaries Celebrated his Life around the Globe. (http://www.nytimes.com/2011/03/05/sports/baseball/05yonamine.html)


It was my pleasure and good fortune to have met him. He was special and his legend will live on not only thru statistics, the players he coached and fans he inspired but by the business built by his wife Jane that bears his name. The Wally Yonamine Pearl Shop is located near the famous Roppongi Crossing on the 5th Floor of the Arts Shop Building. It remains a place to purchase top quality jewelry from knowledgeable and friendly staff at competitive prices. Over the years, photographs, letters, autographs and sports memorabilia have been collected from patrons and neatly displayed at the Wally Yonamine Store. The result is a historical tribute to the last 50 Years of Japanese / Western Cultural Exchange. 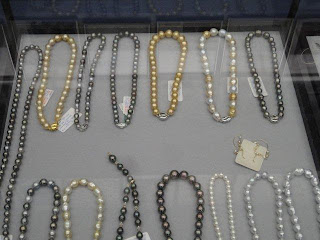 Since the store opened in 1964, thousands of customers including a Parade of Celebrities inclusive of Royalty (King & Queen of Sweden), Hollywood Legends (Liz Taylor), Recording Artists (Don Henley of the Eagles), Business Moguls (Irv Robbins of Baskin-Robbins), Models (Brook Shields), Political Figures (Ronald Reagan) and Sports Super Stars (Kristy Yamaguchi) visited Roppongi to find the Yonamine Pearl Shop. My wife and I enjoyed reviewing the Photo Gallery and the thorough and interesting Pearl presentation by Expert Keiko Umehara. We were extremely gratified to receive the same courteous and professional service as any of the famous figures gracing the walls. We would recommend the Wally Yonamine Pearl Shop to anyone wanting to witness a glimpse of history, learn about Pearls and possibly leave with a precious memento of Japan. 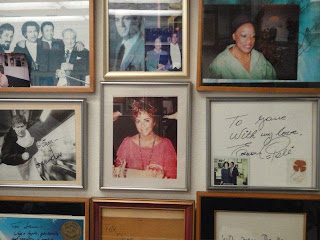