Yes there’s radioactive iodine traces in the water supplied by the Ikuta Water Plant 3 Kilometers from our house. This is especially true after it rains. (My wife orders water on line & the prices of close to $4 for a 2L bottle are killing me. I’m ready to take my chances with the tap water.) Scheduled “Brownouts” are a concern but have been limited around our place compared to areas such as Fujisawa where electrical shut downs are scheduled for twice a day when summer heat and humidity reach air conditioning necessary levels. Subway and Elevated Trains run with inner lights switched off, hand driers in rest rooms are disconnected and the Giant TV Screen at the famous Shibuya Crossing remains dark. With this said, you might be surprised that the mood in Tokyo is somewhat peaceful and people are approaching life and business in the usual fashion.


Spring arrived and was celebrated traditionally with “Hanami” (flower viewing) Parties under the Cherry Blossoms. The area known as Shukugawara is a Cherry Blossom Party Destination. The trees lining the Nikaryo-yosui stream walkway that feeds the larger Tamagawa River bloom and for two weeks the river walk is truly spectacular. You’ll witness groups of friends gathering in front of the Nambu Lines’ Shukugawara Square preparing to walk to a prime Hanami Location. Once a vacant patch of grass is located, the group spread ground sheets and break out picnics. Every available millimeter is taken up by enthusiastic people eager to celebrate spring and enjoy the camaraderie of friends and colleagues. 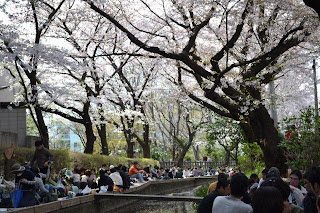 Hanami usually involves early Spring weather far too cold for my liking. This year’s bloom came later than usual and afternoon temperatures allowed People to enjoy Hanami in short sleeve shirts. For the thousands spending the day in intimate groups or with large parties organized by companies and clubs it was another Celebration of Spring. Like any other year we move from Winter to Spring and life goes on. My family’s walk by the trees on Sunday, April 10th was inspiring. Safe water and electricity were once a given in Kawasaki and that has changed, but the Cherry Blossoms are forever reliable.


The Governor of Tokyo, Mr. Shintaro Ishihara was just re-elected for a 4th Term. He’s published stern direction for people of Japan to practice “Jishiku” (self restraint) in honor of the people suffering in the North. Mr. Ishihara also claimed that the March 11th (Japan’s 311) Earthquake was divine punishment for “Japanese Egotism and Populism”. “No pachinko, no vending machines and restrain from the drinking and revelry associated with Hanami.” I’ve observed the Japanese People throughout the crisis acting in the classy manner that’s brought world wide respect for the Japanese Society. Some might consider Mr. Ishihara’s “edicts” a road to “Ishuku” (retreat/atrophy) in a time when the Japanese Economy most needs stimulation. My family will keep the lights down low Mr. Ishihara, but please, please, don’t resent our Hanami. It only comes once a year. 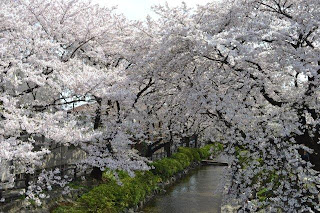 
Financial Times 'Post-disaster thriftiness is a receipe for recession'