Japanese American Football and the question of "bad publicity."

"There's no such thing as bad publicity," is a quote associated with Phineas T. Barnum. The concept might not be endorsed by Harvey Weinstein nor the head coach of the Nihon University American "Phoenix" Football Program.

A very late, and dangerous hit on Kwansei University Quarterback, Okuno san, by the Nihon University, (Nichidai), Phoenix linebacker, Taisuke Miyagawa, has disrupted the program and brought serious attention to the incident. You are welcome to watch the video of the tackle, the hit comes well after the release of the ball, the play was blown dead by the whistle, and the contact targeted Okuno’s back.

It was cheap, wrong, ugly and possibly criminal. (Okuno was hospitalized and later filed a report at the Osaka police headquarters.) Calling the play a late hit, would be the equivalent of describing the sinking of the Titanic as a boating accident.

The controversy comes from the reaction of the team, Head Coach, Masato Uchida, and statements by Miyagawa. Miyagawa claimed he'd been ordered" to crush the quarterback" and the reward would be a starting position. His coach denied the statement but took responsibility before he was removed from the Head Coaching position.

I played college football, and have been involved with college and semi-professional football programs while living in Japan for over three decades. We’ve placed head coaches with corporate teams, run camps and introduced training equipment to numerous organizations. My first exposure to Japanese football was as a spectator at the 1982 Koshien Bowl.

The Japanese Championship game is held annually in Osaka. Nichidai and their ace quarterback, Matsuoka san were impressive, beating Kyoto University by a margin of 65-28. It was the height of the golden era for the Phoenix, winning 13 Japan championships in 14 years. Nichidai is second in total championship wins with 21.

They were a team with a charismatic coach, a winning record and the best players in Japan. Referees, opposing players and teams were intimidated by the Phoenix. Coach Masato Uchida was a product of this era, and the confidence that comes with success can morph into arrogance.

The on-field reaction to the dangerous play was inappropriate. Players congratulated Miyagawa, and Coach Uchida wasn't disappointed, offering a pat on the linebacker’s helmet as he ran by the bench. A proper and sincere apology wasn't delivered until the problem escalated into a focus of mainstream Japanese media. The on-field act of aggression was intimidation without remorse.

The fabled Nihon University Football program has a black eye, a coaching vacancy, and some serious damage control work ahead of it. Other university football teams have joined a boycott against the Nichidai Phoenix and refuse to play them. We are witnessing what American Universities call the “death penalty.”

Miyagawa appeared at press conferences unaccompanied by coach or representatives of Nihon University. Ironically, his demonstration of sincere regret, courage, and forth righteousness has gathered positive momentum, and he’s receiving job offers. Maybe there is no such thing as bad publicity? 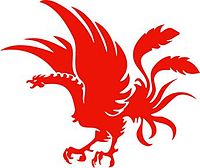 News clips for your reference
https://japantoday.com/category/sports/American-football-player-says-coach-ordered-him-to-injure-opposing-quarterback